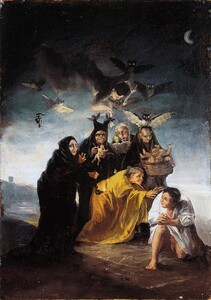 S & P has updated its list of the Dividend Aristocrats. This is the first dividend list that I became aware of. If you want to use a dividend list as an investment plan to follow, this might be a good one since it is the smallest.

Some other lists are the Dividend Achievers and Dividend Champions. The Dividend Champions list has a lot of stats and in my opinion is the best download of the three groups of lists. Some people prefer these because they are larger lists and more consistently adheres to their entry criteria than S & P.

The stocks that were added that I already own are AT&T (T), Colgate-Palmolive (CL), Illinois Tool Works (ITW) and Sysco Corp. (SYY). The stocks that were added which I do not already own are Franklin Resources (BEN), Genuine Parts (GPC), HCP Inc. (HCP), Medtronic, Inc. (MDT), Nucor Corp. (NUE) and T. Rowe Price Group (TROW). CenturyLink Inc. (CTL) was deleted. I never bought that one.

Dividend Achievers, Dividend Aristocrats and Dividend Champions are trademarks owned by other people. Google them.