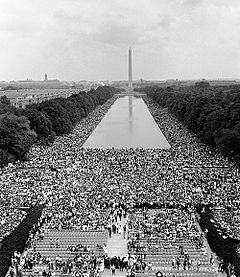 A few random thoughts on race and class in America. There is no overarching thesis. It just seems kind of fitting to write about this now after the Trayvon Martin verdict.

I think that some of the tension between races may be due to some people’s discomfort with interracial dating/intermarriage. I have found that some people in interracial relationships can be just as narrow-minded as the people that don’t like them. Plus, sometimes I think some people are in IR relationships for the wrong reasons: either “ha ha, I have one of yours”, or “ha ha, I have one of theirs”.

(There is one simple rule when it comes to interracial relationships: I can have one of yours, you can’t have one of mine.)

But just because I do not like a particular group of people, does that mean that they do not have the same rights as I do? Why should they be prevented from voting, or getting an education? My family came from Ireland and the Scottish Highlands. They got kicked around in their own country. I don’t like the idea of pulling the ladder up after me.

I read an article about the largest landowners in the USA. One of them was John Malone. He said part of his lust for land was due to his Irish ancestry. That kind of bugged me. I can see wanting something of your own, but this land was also stolen. There are more Irish outside Ireland than in it; there is no way we could all fit. But don’t use the fact that your ancestors lost their country as an excuse to take somebody else’s.

There are a lot of conservatives in this country who do not want to spend money educating poor brown kids. On the surface, that makes sense. But where this goes off the rails is that they have no problem spending money to but poor brown adults in jail. A lot of people will pay through the nose to live in a gated community, and to send their kids to private school, and to separate themselves from poor people. And they will pride themselves on paying less in taxes. But if you are spending all that money to keep away from “those people”, then what difference does it make?

A lot of people need to get it into their heads that you are going to spend money due to poor people one way or the other. You might as well spend it on something that will help “those people” make something out of their lives.

And if you think you really are that much better and that environment does not matter and you really built all that yourself, feel free to move to a slum to raise your kids.