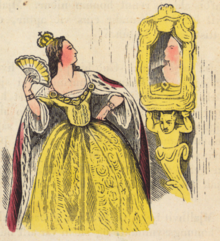 I retweeted a few articles that I think at least mentioned the “both sides” fallacy:

Here is an article from the Washington Post pointing out that while there are fringe theories on the left, they were never spouted by any Senators or House committee chairs or any high-ranking Democrats, and there were not unending investigations into non-existent “scandals”.

Politicus has an article pointing out that the media is not as liberal as people think. It only got critical of GW Bush towards the end of his presidency. I guess spending billions on a war based on lies is okay with some people at least some of the time.

Dante Atkins at Daily Kos looked at the “both sides” BS when Olympia Snowe decided not to run for re-election in the Senate.

Business Insider had an article in April pointing out that some Repubs not only think the GOP is not waging a war on women, but think that Obama is waging a war on religion. Granted, a lot of conservatives seem to think they are being oppressed when they are not kicking someone around.

Maybe I should get a sticker that says I am a Proud Oppressor Of Conservatives.

Image from Wikipedia, assumed allowed under Fair Use

One Reply to “More ‘Both Sides Do It’ Nonsense”