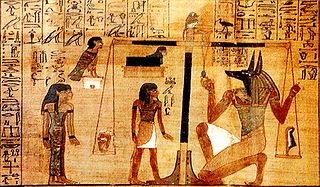 Here is the dividend income report for September, 2017.

It looks like Exxon might get back to where it was a few months ago. I think eventually oil companies will either become more diverse energy companies or go out of business. Some of them are doing research into other forms of energy and/or funding other companies. They have gone back and forth on this a few times. I think eventually they will need to stick with funding/backing other forms of energy. Some are really backing offshore wind.

I can’t find it now, but I read an article about this energy transition (I think it was on Bloomberg) in which an executive at Royal Dutch Shell pointed out that the reason the Shell Oil Company is called the Shell Oil Company is because they started out in the 19th century importing sea shells into the UK. I guess people liked having shells in their living rooms. But shells have nothing to do with oil, and the founders were not named “Shell”, so it is kind of an odd name for an oil company. He said they survived the 20th century by becoming an oil company, and if they want to make it throught the 21st, they will have to do something in addition to and/or in place of being an oil company. So there is a transition going on.

If you are a startup fanboy who thinks that big companies never do anything right and small companies are never wrong (and always useful), you can pretend all of this is not happening if it makes you feel better.

I will have to look more into what Chevron and Exxon are doing.

Also on my to-do list: Look at water utilities and insurance companies. It would be nice if there were fit women who found this sort of thing exciting.

Here is a table with the year-to-date amounts, the monthly amounts, and the three- and twelve-month moving averages for each September from 2011 through 2017:

Here are the stocks and the income amounts for September, 2017:

Image of Spell For Not Letting Ani’s Heart Create Opposition Against Him from the Egyptian Book of the Dead, available at Wikipedia, assumed allowed under Fair Use (it dates from 1550 BCE, so I assume it’s public domain). The image may not be relevant to the contents.