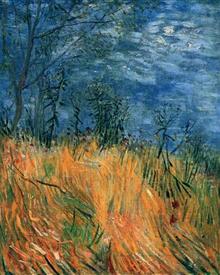 Here is the dividend income report for October, 2017.

I might sell Kellogg. They were below my cost basis, and I was thinking they might not be profitable for some time. I do invest in stocks for the cash flow and not capital gains, but that does not mean I want to take a loss. If a firm cuts its dividend and the price has dropped, then I still lose money.

I had thought that getting into a food stock would be good since everybody needs to eat. However, that does not seem to be working out. Both Kellogg and General Mills have not increased their revenue and/or profits by a whole lot over the past few years. Even Coke is having problems keeping revenue growing, and they have Warren Buffett on their speed dial. Kellogg did get a boost in earnings from a weaker dollar. But I don’t know if I should count on that in the future. An article on Bloomberg about this had a quote from Ken Shea, an analyst at Bloomberg Intelligence: “They’re really tripling down on cost cuts, which tells me they know the top line is not going to turn in their favor any time soon.” It reminds me of a quote from Starbucks founder Howard Schultz: “Cutting prices or putting things on sale is not sustainable business strategy. The other side of it is that you can’t cut enough costs to save your way to prosperity.”

Berkshire Hathaway was behind the merger of Kraft and Heinz, and from what I have read KraftHeinz is also relying on cost cuts to make a profit. Maybe food is not a good industry to be in. There is also a lot of churn in the agricultural trading industry. I hope that my investment in ADM will work out. I might wait a while before buying Bunge.

On a side note, Glencore tried to buy Bunge a while back. Part of the pitch to investors is that doing so would break up the “ABCD” quartet of ADM, Bunge Ltd., Cargill Inc. and Louis Dreyfus. But is “AGCD” any better than “ABCD”? Or is reducing the quartet to a trio any better?

On the other hand, water stocks seem to be doing pretty well.

WRT energy, I did see an article on Bloomberg’s site about Exxon’s research and investment into green energy. Hopefully they are sincerely looking into it, and not backing smaller companies to buy their technologies and take them out of the market.

I am also looking at insurance. It seems like a no-brainer: a financial product people need. But I wonder how climate change is going to affect insurance. Berkshire Hathaway‘s insurance divisions lost money due to natural disasters. Travelers and Munich Re were also negatively affected by natural disasters.

Here is a table with the year-to-date amounts, the monthly amounts, and the three- and twelve-month moving averages for each October from 2011 through 2017:

Here are the stocks and the income amounts for October, 2017: