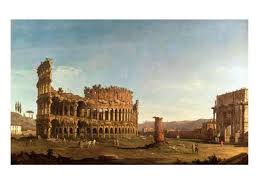 Here is the dividend income report for March, 2018.

The total was not too bad for a “C” month (March, June, September and December), as David Fish calls them. The problem is my totals for the prior “A” and “B” months were low, and this quarter only happened due to getting dividends on stocks after I sold them. That will not repeat in the future.

I think my total for 2018 will be lower than for 2017. I have still not re-invested all the money I got from selling my stocks. Everyone says you should have a cash cushion, and now my cushion is bigger. I might buy some more stocks and get my cash to the same amount as before, so that will increase my income going forward.

Another thing that will make my income lower than before is that before I only bought stocks that had yields of at least 2% (at least at the time I bought them). Many of these ETFs have stocks with yields that are lower than that, so that will dampen things. But then again, I keep saying that I am not just going for price.

One thing that might change things in the future is that I have more international stocks. Many companies outside the US do not pay the same amount for all four quarters. Many, like Vodafone, pay twice a year, in unequal amounts. I think the first quarter was pretty light. But all in all, while my income may be lower for this year, I still think that the dividends will increase, and with them, my happiness.

Here is a table with the year-to-date amounts, the monthly amounts, and the three- and twelve-month moving averages for each March from 2011 through 2018:

Here are the stocks and the income amounts for March, 2018:

Colosseum and Arch of Constantine, Rome by  Giovanni Antonio Canal (18 October 1697 – 19 April 1768), AKA Canaletto, which is Italian for “Canaletto”, assumed allowed under Fair Use. This guy has a LOT of nice landscapes.