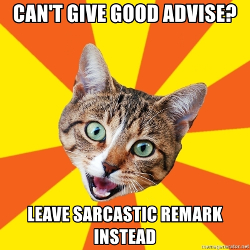 A little over two years ago I commented on an article recommending people buy Frontier Communications because it had a high dividend yield of 9.6%. I explained that choosing a stock simply because it has a high yield is a bad idea. I wrote that “dividend growth investing”  (or DGI) is a subset of “dividend investing”, and why it was better than simply chasing yield. I also outlined the general criteria that DGI investors use to select stocks. Even though I put most of my money into dividend ETFs, I still think DGI is the way to go and is a good method for selecting stocks. I think that what has happened to Frontier Communications over the past two years shows that.

First off: They are no longer paying their dividend on their common stock. Their last dividend was announced on October 17, 2017, and paid on December 15, 2017. According to their press release page, the only dividend since then was on their preferred stock. I think we can ignore this for a few reasons:

They started paying dividends in 1972 to 1998, with a few cuts along the way. Then, a telecommunications company stopped paying dividends during the dot-com boom. They resumed in 2004. There were a few dividend raises, but not enough to meet even a DGI threshold of 5 years, which is the lowest I have seen from any DGI investor. But there were more freezes and cuts than raises. They also had a reverse split in 2017, which is never a good sign. If you look waaaaaay at the bottom, there is a row for 2018 that says “Dividend omitted.” I admit, I did not see the row for 2018 at first. Probably because they put it at the bottom out of order.

Here is their dividend data from their web site:

If you were hoping to get bailed out by capital gains (never a good idea), you were disappointed there too. On February 1, 2016, the stock was around $70. It peaked at $84 in April, 2016. It hit $70 in August, 2016, and just kept dropping. Now it is at about $7.69. Granted, I always say that price alone is not important, but a drop from $84 to $7 is bad. But I think the DGI criteria are a good signal of the health of a company. A lot of people invest based on price, and they think that a fall in price is a problem. The reality is that a fall in price is the result of underlying problems.

A lot of indexers might look at this company and point to it as an example of why dividend investing is a bad idea. People need to realize that DGI investors do not simply chase yield. DGI investors look at the cash flow, the payout ratio and the dividend history. Using the DGI criteria is not a guarantee, but it increases the odds of success. You cannot just point to an individual stock and say to someone, “If you put money in that stock, you would have lost all of it! Therefore, your style does not work!” That objection assumes that a DGI investor would have put money into a bad stock, like Frontier Communications. I think for Frontier, using DGI criteria would have saved an investor from disaster.

Image from Memgenerator, assumed allowed under Fair Use. I have no idea if the misspelling of “advice” is intentional.