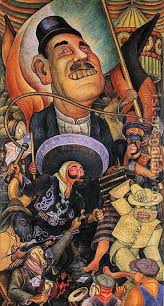 So Trump is in Singapore to talk to Kim Jong Un. He acted like a jerk at the G7 meeting, and left the leaders of countries that have been our allies for decades so he can get his photo-op with a fellow dictator.

(Hasn’t it occurred to Trump’s supporters that there would have been less bad blood at G7 if he had showed up on time and not left early? All the people who claim to hate “snowflakes” and “political correctness” would probably get upset if someone overturned THEIR apple cart.)

Trump seems to display a “fixed” mindset. He says he is good with people, yet he made a bad impression at the G7 and acts like a toddler. He thinks he only hires the best people and is good at sizing people up, yet there has been a LOT of turnover on his staff. Why does a guy who loves to brag about how he knows so much about business and hiring the right people need a SECOND chief of staff to put his house in order? He thinks he is great at business, yet his casinos went bankrupt. How can you lose in an industry that inspired the phrase, “Never bet against the house”?

I don’t think the Kim Il Sung dynasty is stupid. And I think they might be more stable than people think. We have been hearing for years that the people are starving and the KIS dynasty was going to collapse any day now. We are starting the second decade of “any day now”. Perhaps the welfare of the average North Korean and the viability of the KIS regime are not as strongly correlated as people think. This is a government with few friends and little money, yet for decades they have been making progress on developing rockets and nuclear warheads, some of the most advanced technology known to man. These are not people to be underestimated. Or sized up by “feelings” in less than a minute.

I don’t think NK will give up their nukes. They have put a lot of time and effort into them. Their nukes are all they really have going for them. Saddam had no nukes, Gaddafi agreed to stop making them. Both of them are no longer with us. If I were Kim Jong Un, I would go for a third option: Keep the nukes. Nuclear weapons give a country prestige and respect. And they make you less vulnerable to invasion.

Agreeing to stop testing is not much of a concession, since the mountain that they use to test their weapons has collapsed (see here and here).

KJU has already stated he will not give up his nukes. I think he just wants a photo-op; to be seen as an equal and a peer to a US President. This is just speculation on my part, but I think he might not want or need anything else. Or honestly expect anything else. Trump just took a dump on the G7, he has complained about NAFTA, he did not pledge support for NATO, he backed out of the Paris climate accord, he is trying to dismantle the Iran nuclear deal and he has flip-flopped on the Trans-Pacific Partnership. I think KJU knows any promise out of Trump’s mouth will be null and void the minute the wind blowing through Trump’s empty head changes direction.

Even if something substantive between Trump and KJU comes out of this, so what? South Korea, Japan and China will have to deal with any literal or metaphorical fallout from NK more than the USA. What if they do not like any agreement Trump and KJU come to (assuming they do)? Plus, this is a guy who has ruined relations with Japan and the countries of NATO, countries the USA has gotten along with for decades. If Trump were such a great dealmaker, a skilled genius and as good with people as he thinks, he should be able to make new friends while keeping the old ones. I will be impressed at Trump’s finesse with dictators when he can talk to the Prime Minister of Australia for longer than 30 minutes without hanging up.

There was an article in Politico recenly about how the reality of Trump’s dealmaking skills is worse than his professed image. I am leery of guys who go on and on about how great they are at negotiating or sales or making deals. They are usually obtuse jerks. I knew a guy in Chicago like that who asked me to do something for him. About 30 times. For at least two dozen, he repeated the question verbatim less than a second after I said no. I really hate it when people disregard what I say. Being persistent is not the same as being obtuse. There is a certain type of moron who thinks that being a jerk makes them look tough. Do they think they are impressing people? That they inspire fear?

Trump has been doing some of this with NK. It’s on. It’s off. It’s on and let’s pretend I never said it’s off. I know some MBA jerks love that stuff, but to most people it makes you look insane and out of control. Would you take a job from someone who was on-again off-again like that? Would you date or marry someone like that? They think people will be intimidated or impressed by these antics, but they are too obtuse to see that they just turn people off.

There was an interesting article in the Washington Post with a quote from The Art of the Deal about not wanting to seem too desperate to make a deal. I think Trump is pretty desperate for a deal. He does not have his border wall, he could not get Obamacare repealed, and as Richard N. Haass of the Council on Foreign Relations pointed out, Trump cannot mess up the second summit in a row, lest he make it obvious that he is the problem.

Trump brags that he does not need to prepare (even though he does). I bet that the NK delegation has been studying Trump intently. I always got the impression that a godo strategy in negotiation is to keep your cards close to your vest. KJU is a lot better at that than Trump. NK is a black box, and maybe the sanctions are hurting a lot, but KJU seems like a methodical guy. Trump is like a toddler in a china shop (no pun intended).

A guy who brags that he never prepares and is oblivious to the effects he has on other people is going to sit across a table from a guy who has accomplished a task that the world has tried to prevent him from doing. Who do you think will come out ahead in this?

Big Jim does not like people who have no curiosity about themselves or the world.

Passage from The Art of War by Sun Tzu translated by Lionel Giles.