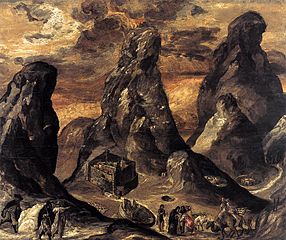 Over the past year and a half I have fallen off the wagon (for lack of a better phrase) with regards to fitness, meditation, discipline and general self-improvement.

I track workouts and meditation on a spreadsheet that I started back in September of 2009. Throughout 2017 there are a lot of red boxes in the column for exercise. For some reason I cut back, but not intentionally. Around late October 2017 I also cut back on meditation. I was working through Claudia’s book on becoming an idea machine, and I stopped that too.

I don’t know why I started exercising less, but for meditation I tried using sound as an anchor. It went okay, but for some reason I stopped.

I did not get much done in December because I moved to another apartment in the complex. There was a leaky pipe they could not fix in my old apartment; other than that I was happy with things, so I asked them if there were any alternatives. Now I am on the second floor.

I started to get back into working out by doing squat thrusts on my balcony. I could not do as many, and I think my balcony is crooked. I do not have the luxury of doing it late at night on my balcony. I had toyed with the idea of finding an unused section of the parking lot early in the morning and working out there. But that would involve waking up a lot earlier, so that is not practical for me. Plus it would probably be really hard on my joints. There is a small gym here; frankly it’s not very good, but there is enough room to do some squat thrusts. I used it a couple of times.

The final time I tried it, I go in and turn on the lights. I heard music, which is odd because there is no sound system in there. I walk towards one of the cardio machines, and I see a small radio. Then I turned around, and there was a guy who was sitting next to the door. He asked me if I needed the lights on. I said I did if he was going to be in there. I tried a couple of times to ask him how long he was going to be (thinking I could just come back when he was done). I rephrased it, but I could not get a straight answer either time. I decided it was time to look into a gym.

I liked Lifetime Fitness, and I really liked the saleswoman from Sweden. She did not have much of an accent at all, but she pronounced the “R” sound in “Saturday” oddly, so I asked her where she was from. That club was $90/month. Planet Fitness did not have much to offer. 24 Hour Fitness was a decent price. The one closest to me has a pool, and when you walk in you get hit with a nasty chlorine smell. Other than that it is not too bad.

I got a free session with a trainer. At first I was not intending to buy the package, but towards the end he had me do some HIIT/functional fitness stuff. I thought to myself, “Why not see what he has to offer?” I can get myself back into a routine if I am not interested in what he shows me, and maybe he will show me something that I want to continue.

Well, it turns out, the only thing that interested me really is HIIT. Lifting is a bit boring to me (which I know sounds odd since I think nothing of doing sets of squat thrusts for 30 minutes). For a lot of the lifts, he wanted me to do a fast concentric contraction and a slow eccentric contraction.

Looking into HIIT brought me to the Jump Rope Dudes. My favorite video is the one with the woman from Australia, yeah. Frankly I wish all women spoke with Australian accents. In all seriousness, if a genie gave me three wishes, that would be one of them. It is taking longer than I thought for my body to adjust. I have found I can actually last longer when I count jumps than when I just try to last a set amount of time (generally 30 seconds; usually me feet need a rest at 20 when I go for time). I am also looking at squat jumps, or jump squats. I did some jumping lunges. They seems to exacerbate my inner thigh issues.

The gym closest to me has a track. I was thinking of trying sprinting. My last six months in Chicago, I lived in a house with a driveway out back. I did some sets of shuttle sprints up and down the driveway, and I liked how it affected me. I did not like doing it. Getting up to my top speed was harder than I thought. I have done shuttle runs a few times in the studio at the gym. I was hoping to do some sprinting on the indoor track, but just jogging on the track is hard on my knees. I thought the cushioning would help, but it does not. The odd thing is that shuttle runs in the studio are not a problem. Someone at work suggested I try Dr. Scholl’s inserts. He said they helped him.

Anyway, I have gotten pretty fat. Hopefully I will be able to do longer, more intense sets on the jump rope and become a stud that women desire. I will be in Florida in a few weeks for my nephew’s birthday, so unfortunately the next round of family pictures will feture me as a landwhale.

Why I stopped with the Idea Machine I am not too clear. Claudia Azula (James’ second ex-wife) did not handle their divorce as well as he did. She blogged that she was diagnosed as bi-polar and at least once thought of killing herself. Can a stressful life event like divorce trigger an underlying problem? Or is it all genetic? Anyway, lately she has been tweeting about ping-pong in New York City. What could be a clearer sign of contentment than making jokes about smacking people’s balls? I can laugh about it now, but at the time it was terrible.

I cannot articulate exactly why, but for some reason the fact that she had a hard time getting on with her life makes me doubt James’ methods. She followed the advice in his article. And he seems to have a lot of wack jobs on his podcast, like Dr Oz and Jordan Peterson, and he sends a lot of shady emails about getting rich trading penny stocks and Bitcoin. Now it seems like he is on a cannabis kick.

Still, I think there is something to the idea machine. In my other idea machine posts I linked to testimonials. I keep reading that mindset is more important than technical skills. Some people even push learning the humanities and Great Books to stay ahead of the curve. I like the idea of my mind being more agile. Plus, I realized I do not have to agree with everything he says or does. I don’t agree with my own family all the time. Take what you want and leave the rest.

If I try, I might start with making lists of 5 ideas. I know James says to go for ten, but since this is a new habit I would be trying to do two things at once. Developing consistency is important.

Back in January, I was a new meetup group, and the whole time was brainstorming about topics. I realized it might be a good idea to due “field reports” on idea lists in the wild. I could make idea lists about problems or issues, either in my life or in society in general. For the general problems, I could make two lists: Things I can do (if any), and things society can do. I think James sent an idea list to Amazon, and they flew him out there to speak. I could make lists about my ideal job, ideal house, ideal mate. Perhaps the ideal lists could be periodically repeated to see if there are any changes.

At one point, James suggested that you could list chapters in a potential book, or lists of things about or that have happened to a character in a possible novel. I have thought about a potential “Star Trek” show (not that I think it would ever get made). That could give some ideas.

Getting back into meditation has been a bit more difficult.

I started using sound as an anchor by listening to some videos on YouTube on a channel called Meditative Mind and a few other channels. Some worked out better than others, but the general result is that for some reason things got derailed. I kept having trouble staying awake and then my frequency dropped.

I started getting back into it after I was done moving. I tried going back to sitting on the floor, but I think it hurt my knees. At first I thought that increasing my exercise frequency was hurting my knees, so I rotating different exercises out, but nothing seemed to help. Then I realized that it might be my meditation posture, so I went back to the chair. Since then, my knees have been fine. I am still stretching so hopefully one day I can go back to sitting on the floor again.

One issue is that I kept trying to control my breathing. I think that I might have this preconception that I should do “Taoist” breathing while meditating (in through the nose, expanding the abdomen, long deep breaths, ideally 15 seconds or more). Now I do some deep, qigong breaths for a few minutes before I start and it seems to be helping.

One Reply to “Getting Back Into A Routine”