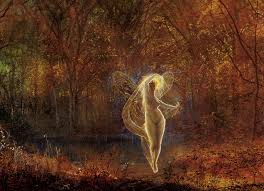 Recently I went to a Meetup group called Just This: Zen Writing. It took place at the Austin Zen Center.

The prompt was from the Diamond Sutra:

The leader played a few minutes of some monks chanting the Diamond Sutra.

One thing I found interesting is that a few people wrote quite a bit, but a couple of people only wrote a few sentences.

Here is what I wrote:

Things are more fleeting for me that they really are. I speed by, they remain in place. Someone may see me speed by in a second. We exist only for a second to each other. The motionless destination gets closer, yet too slow for me.

Mountains, rivers, oceans sometimes visible for a few seconds before obscured by trees and distance, or the setting of the sun. Horses and trains in Alabama are replaced by horses and trains in Illinois. Georgia pines blend into Arkansas pines. Trucks and truck stops, unique yet interchangeable across state lines and times of day.

Machines, cars, tractors arise and pass away as do deer, horses and hills. Crossing Maryland for 12 minutes, crossing Tennessee for eight hours. Engines drone as sun shines and rain falls. People live and die, birds land and rise. North, south, east, west. Job, school, family, wandering, reunion, escape, new life. Everything arises in the horizon in front of me and passes away in the horizon behind. And to them you are someone roaring by to be seen same time next year, or never again.

Big Jim prefers Theravadan suttas, but he went with the program.