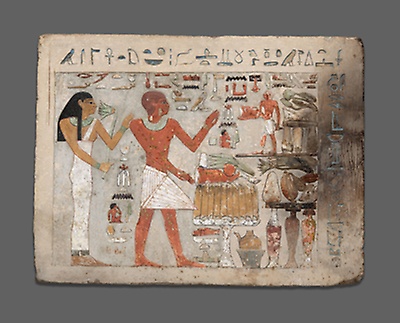 This guy claimed he was sick of “both parties”, but he spent a lot of time criticizing Democrats and defending Republicans. He also said he generally votes for Republicans. But don’t call him a Republican, because he is so not a Republican! (I think he is on one of the panels of the “24 Types of Libertarian“, but NOT the Libertarian Bingo Card.)

He went on and on about how he was sooooo much smarter than his co-workers who loved Beto O’Rourke, but could not explain why they are voting for him. (Hint: He is not a theocrat, as Cruz is and his father most certainly is; if you are an atheist, that should be good enough.) He had some nice things to say about Ted Cruz.

Personally, I do not think Ted Cruz is as smart as everybody thinks he is. One of the reporters on the Texas Tribcast said she thought that Cruz was smart because he will always give the same answer to the same question. That is not intelligence, that is rigidity. He seems to have the same opinions at 47 as he did at 17. There is the type of intelligence that can think of 100 ways to try to get a square peg into a round hole, and there is the type of intelligence that realizes pretty quickly that maybe trying to put a square peg into a round hole is not a good use of your time. Ted Cruz seems to have a lot of the former.

Granted, like most conservatives, Ted Cruz can show some plasticity at times. Ted Cruz loves to drone on and on about how we should follow the intent of the Founding Fathers. Yet after rulings on gay marriage and the ACA that he did not like, Ted Cruz thought there should be retention elections for the Supreme Court. I guess following the Founders is fine up until you get a ruling you do not like. (A note to originalists: If you can change your mind when you do not like how things are going, then don’t get upset when the rest of us change our minds when we don’t like things.)

Actually, I do think conservatives are consistent. They want power, and to make people they do not like suffer. If they seem to be contradicting themselves, use “Cruz’s Razor” and see how it compares to that.

Anyway, like most conservatives, Cruz might seem smart, but ultimately he believes in his revealed principles, and will ignore any evidence against them.

This glibertarian said he was basing his opinion of Ted Cruz’s intelligence based on what he heard from Cruz’s professors at law school. I said I was basing my opinion of his stupidity based on Cruz’s words and actions. The glibertarian had no response to that.

He also said he liked Ted Cruz because Cruz fights for his beliefs. I guess he does, if he believes he is a liar, his wife is ugly, and his dad assassinated JFK. Not only did Cruz not stand up for himself against Donald Trump, he asked Trump to campaign for him in the recent election. If Ted Cruz won’t stand up for himself or his family, what makes you think that he will stand up for you?

I have tried to keep an open mind about libertarians, but a lot of times if you keep them talking, they are just Republicans who do not want to call themselves Republicans.

Big Jim will stand up for his beliefs, but won’t push them on others.

Stela of Amenemhat and Hemett, Middle Kingdom, early Dynasty 12 (about 1956–1877 BC), at the Art Institute Of Chicago, assumed allowed under Fair Use.

3 Replies to “Another Glibertarian Encounter”