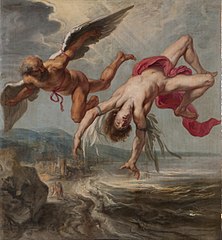 The recent death of George HW Bush has sparked a lot of discussions about many topics: His presidency, his personality and the contrast with Trump, and whether it is wrong to “speak ill of the dead”. Much of the discussion has bordered on hagiography (in the non-ecclesiastical sense of the word). I don’t think he was that great of a president, and I do not think that saying so is “speaking ill of the dead”.

Whenever Trump fires someone from his administration, he says that they are “some sort of Democrat”. As if being a Democrat is a bad thing. And if Trump doesn’t like Democrats, why is he putting them in his cabinet? Trump’s behavior is boorish and crass. We had nice presidents up until January, 2017. Part of the glowing coverage of Bush 41 is that he looks good in contrast to Trump. I think this is a mistake. Bush 41 had some bad policies, and his son had worse policies. Going through life saying, “At least he’s not as bad as the last guy” is a recipe for disaster. We should not normalize or accept bad policy. We should not excuse bad policy from a president just because he can act like an adult in public.

What about Bush 41 did I not like? First of all, this guy was a Republican. With all the nastiness that entails. He helped bring John Birch theocrats into the party. He said Reagan’s policies were “voodoo economics”, then embraced them. He was right the first time, and should have stuck to his guns. He brought negative campainging to a new low with the Willie Horton ads.

If you don’t think Republicans are nasty people, then consider that even in his so-called repentance, Lee Atwater never really accepted responsibility for his actions. He talked about a “spiritual vacuum at the heart of American society”, how our society was warped by “its ruthless ambitions and moral decay”. No, Mr Atwater, the problem was not society, it was you. You did that. You chose to be mean, spiteful and deceitful. And Mr Bush, you paid him to do it.

Bush 41 was part of the trend by Republicans to make “liberal” a dirty word. He said Michael Dukakis was a “card-carrying member of the ACLU”, as if that is a bad thing. Conservatives have trouble with the concept that you cannot love your country if you hate half of the people in it.

The religious fanaticism, the hatred of the poor, the deification of finance over all else: Bush 41 was a part of that. He was a part of taking the Republican Party on the path of decay. He was a part of the trend that put party over country. This man that we were told was a class act either never saw what was in front of him, or never spoke up against it.

Granted, he did raise taxes on the rich. Lower taxes are nice, but people need to get in their heads that cutting taxes and raising spending is not a good idea, even when presidents you like do it. So GHWB did the right thing and defied his party. Once. But more often than not he consented to the dark side.

His invasions of Panama and Kuwait were based on lies. They had nothing to do with freedom or democracy. He got rid of Noriega because Noriega was making the US look bad, and Kuwait was all about oil. The USA thought they could control those guys, and want us all to be shocked when it did not work out. And he left the Shiites and Kurds in Iraq to the whims of Saddam. The US government sold Saddam weapons of mass destruction. If Saddam was worse than Hitler, why leave him in power? Granted, now it’s obvious why they left Saddam in place, but why use the “worse than Hitler” line? Why not just say it’s about oil? Why not just say it’s about the commodity that makes the world run? The world might be a better place if we were honest about the fact that we act more in line with our interests than our ideals. Yet this supposedly great man would have none of it.

Many pointed to his time in the CIA. He was only director for a year. There have been many unproven rumors that he was involved with them much longer. Even if he wasn’t, Operation Condor was still nasty. In all seriousness, why does the USA try to eliminate radical left-wingers, yet reward radical right-wingers?

Frankly, he was a bad person in a bad family. His father and grandfather helped finance the Nazis. His son was the worst president until the next Republican (which doesn’t exonerate him). His wife was a nasty, mean bitter woman.

My mother thought that perhaps the death of their first daughter was why Barbara Bush was a mean, nasty, bitter woman. I say: so effing what? If your child dies, that is your problem. You have no business taking it out on everybody else. I am not giving them or anyone else any leeway on this. They were and are a terrible family, terrible people.

They display typical Republican logic: They have no problem judging other people. But when something bad happens to them, then it’s all “poor me, poor me, poor me”. If one of your children dies, and you still cannot grasp that things in life can just happen to someone else, then you really are a terrible, terrible person.

As an aside: My mother also wondered how it made the surviving daughter feel to hear everyone always say how wonderful her dead sister was, and to be compared to her. Granted, I am not them. Maybe the universe said to them, “Your dead daughter is still under warranty. Here is a replacement. Do not treat her as a separate individual. She’s just a consolation prize, nothing more.” I don’t know what goes on in the brain of Dorothy Bush, but I would guess that being asked “Have you stopped beating your wife?” every day of your life would get old quickly. I assume that being measured against someone who is not even here would be tiring. Maybe being compared with a dead toddler who never could never disapoint her parents was okay with her. It’s a terrible way of parenting. Sort of like blaming your kids for how poor you were. The only thing worse than living in the past is trying to make someone else live in a past that they were not a part of.

A lot of people are upset that Bill Clinton pardoned Mark Rich who had given a lot of money to the DNC. Yet a lot of people seem to forget that GHWB pardoned a lot of people who could have gotten him into trouble over the Iran-Contra scandal.  It is amazing that Iran-Contra did not get any mention in the aftermath of GHWB’s death, considering how upset a lot of Republicans are about the nuclear deal with Iran. GHWB pardoned someone who could probably have landed him in jail, yet we are supposed to believe that he is different than Trump.

Is it wrong to criticize GHWB? Am I “speaking ill of the dead”?

One of the possible origins of the taboo of “speaking ill of the dead” is people were afraid what others will say about them after their own death. I know that if most people think of me at all, they do not think of me highly. People will think whatever they want, and there is not much I can do about it. When you are a man that women want to hate no matter what, you learn things.

Another possible origin of the taboo is that the dead person cannot defend themselves. If you do not to be criticized in death, be a good person in life. GHWB had 94 years to not be a terrible person. If someone wrote a critical article about GHWB a few months ago, nobody would have complained or thought it was out of line. If it was okay then, it should be okay now. Besides, it’s not like a former president would care what a random blogger writes. People who say we should not speak ill of the dead are like people who get tattoos saying “Only god can judge me”: They usually deserve it.

Saying that a bad person did bad things is not speaking ill of them. It is just speaking the truth. This guy was president. He made decisions that affected the whole world, most of whom had no say in his rise to power. He was a terrible parent who raised terrible children who themselves made bad decisions that also went on to have bad affects on the world. It is better for us to understand the world as it is than hide behind fake courtesy and outdated taboos.

I did not ask him to appease the religious right. I did not ask him to raise a man-child and help his sons’ political careers. The basic story of the past thirty years of the USA is that the conservative movement has brought together the theocrats and the moneymen who care more about party than country, who care more about power than humanity. GHWB chose to be a part of this. He could have walked away. The first buildings on the famous Bush Compound in Kennebunkport, Maine was built by his great-grandfather in the late 19th century. This family had wealth. He did not need to be president. He chose it. He chose to ally himself with power-hungry zealots and money changers of the temple who just want to watch the world burn.

And let’s stop the nonsense that GHWB and Trump are different in kind as well as degree. Trump is the natural conclusion of the Republicans pushing fear and hate, the same trend that GHWB was a part of. Tax cuts for the rich, putting corporations over people, wacko judges, hatred for the poor, hatred for those who are different. It’s the same merging of church and bank today as it was then.

2 Replies to “The Bush And The Dead”