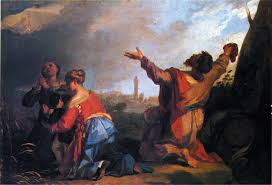 Here is the dividend income report for December, 2018.

I also got some dividends from individual stocks in 2018 even though I had sold in 2017. I guess this is an example of all that ex-date and record date stuff that I do not think long-term investors need to worry about. You can read about that stuff here. I held a lot of the stocks that I bought for five to seven years. I doubt that missing one quarter’s payment will condemn me to eating cat food when I am old.

Or maybe I am changing tactics because I am still investing mostly in dividend growth companies, but just doing it in a different, more indirect way.

I did not re-invest all the money I got from selling the individual stocks, so I could have done better in 2018 than I did. I might put that money into a commodities fund, a yieldco fund, or an insurance company ETF.

One of the reasons I kept RLI is I think the insurance industry will do well going forward. Insurance against damage caused by climate change will be in high demand going forward. I will have to look into this more. RLI did lose money due to hurricane claims. But my shares are worth a lot more than I paid for them, both due to capital gains and reinvesting dividends.

One thing I like about this approach is that it is a lot less work. I track my money in GnuCash, and I also have a spreadsheet for my investments; there are some things that I do not know how to do in GnuCash, like moving averages, and I have formulas to compare the value of the shares against what is spent, and a few others. I used to keep track of when companies have press releases announcing their dividends, and what the record and payout dates were. I used to have to enter in a LOT of information for all the stocks I was in. Now there is a lot less.

On the other hand, I wonder if this will help me stay afloat when I am older. This has been a concern for a while. My income is increasing by about $500 to $1000 a year. This includes new money into my IRA and from more shares from re-invested dividends. I guess I thought there would be some acceleration at some point, but it does not seem to be happening.

Here is a table with the year-to-date amounts, the monthly amounts, and the three- and twelve-month moving averages for each December from 2011 through 2018:

Here are the securities and the income amounts for December, 2018:

Image  from Wikimedia, assumed allowed under Fair Use. Painting “Aparición de la Virgen a San Isidro sobre el cielo de Bolonia” by Francisco José de Goya y Lucientes, or just Goya (1746-1828). Goya does have a website, although this painting is not on it.