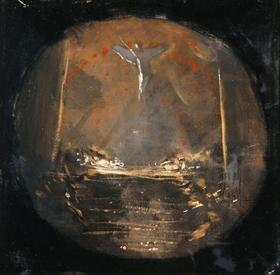 Here is the dividend income report for January, 2019.

For this month, I started counting a money market fund I have at one of my brokerage accounts. I was thinking of using the money to buy bond funds. I did some calculations, and I think that I will make just as much leaving it as it is. Plus, they count the income as “dividends” and not “interest”. So this means that I have been undercounting my dividend income for a while.

One event that happened in January is the death of John Bogle. He was and is one of the most important men in finance. Some people say he was one of the greatest men they had ever met. He has certainly helped millions of people save billions of dollars in fees.

For myself, I went from indexing, to individual stocks, back to indexing, although I now invest in indexes for dividend growth stocks, and not the overall market.

He seemed to get into indexing by accident. He was forced out of his company after a bad merger. He started Vanguard, and started indexing because he could not be an active stock picker. But over time he became an investor advocate and moral authority.

Bogle is like Warren Buffett: an advocate for investors. When Berkshire’s 13-F comes out, and a stock is mentioned in it, you know that it is a good investment. Buffett is a stamp of approval. When Buffett passes, who will be a guide for the common man? Perhaps indexing is enough a part of the culture that we do not need an advocate anymore.

Here is a table with the year-to-date amounts, the monthly amounts, and the three- and twelve-month moving averages for each January from 2012 through 2019:

Here are the securities and the income amounts for January, 2019:

Big Jim thinks this year is off to a good start.

“Behold The Bridegroom” by Γύζης Νικόλαος (Nikolaos Gyzis) (1842 -1901), on exhibit at the National Gallery in Athens, assumed allowed under Fair Use.