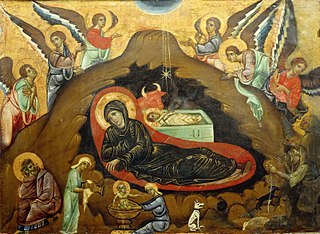 I have been doing the idea list again, since about May. I really do not feel any different, or that my life is about to change.

Overall, it has been going well, but I have been losing some momentum in the past couple of weeks. Coming up with topics is still pretty hard. I kind of feel I am at the same place I was the last two times I tried it, it just took me longer to get here.

The main issue is topics for the idea list. JA never mentions that is the hardest part. In one post he does give tips (reading a lot, see here) and I have to admit I have not followed all of them.

Some of the idea lists that I come up with are kind of dumb, like I’m a bad comedy writer. But sometimes when I get to number 9 I come up with something interesting. (And when I do, I agonize over whether or not I can quit, or if I should do a tenth).

Sometimes I will combine things. Or I will get words from a passphrase generator, and come up with how they are related. That is not always very fruitful.

I try to keep a list of possible topics. I try to work on it once a week. Sometimes a possible topic will occur to me and I will write it down. It may be changing how I observe things, but I don’t feel like my list is on the cusp of a big change.

A couple of months back, I was thinking about giving up. I went to Whataburger for lunch, and I saw a car that had been painted over several times. In the layer under the top, someone spray-painted “Elvis” several times all over the car. The top layer was gold. And there was a mannequin in the backseat. I thought, “I can use this.”

If I lived in Florida, I could just follow Florida Man.

I know James wrote that his idea lists have gotten him invites to speak from companies, but I have found that sometimes people do not want suggestions. People do not want things to change. I work on a large Java app for a state government. The base application is about ten years old. Java has changed a lot in ten years. It is less verbose and less painful to work with. At least, that is what I have heard. Would re-writing the app be a pain? Yes, but then it is a pain to use. What does this have to do with idea list? Management is not open to the best solution (and I am not the only one who thinks starting over might be the best solution). But writing more, smaller apps, tools, and utilities to manage the main application they are okay with. The problem is this adds more complexity. They are okay with adding more apps and processes to what we do than actually change what we are doing. The sunk cost fallacy is a stronger force than compound interest.

While it is frustrating, on another level I can understand it. People generally do not like someone dropping out of the sky and giving unsolicited advice. It makes you look like a jerk, not an enlightened person.

Maybe I should spend more time on actual issues in my life. Unless that leads to frustration.

I took a creative writing course when I was at WIU. She once mentioned that in one of her classes, she had to make links between different topics in her life. If she had learned something in a physics class, and she was in love with “someone” (her word, not mine), she had to think of a way they related to one another.

Another issue is that I think in order to have new ideas, you need to expose yourself to new things. But I want more control over my life, and the way I see it, that means more discipline, more routine.

Big Jim’s idea machine might be running out of steam.

Painting of the Nativity by Guido of Siena (13th Century), assumed allowed under Fair Use.